Scroll down to check out this week's blog and to watch the video podcast!

This Week on The Show!

If you've been following the protests and riots happening in Seattle, you've probably seen this guy... 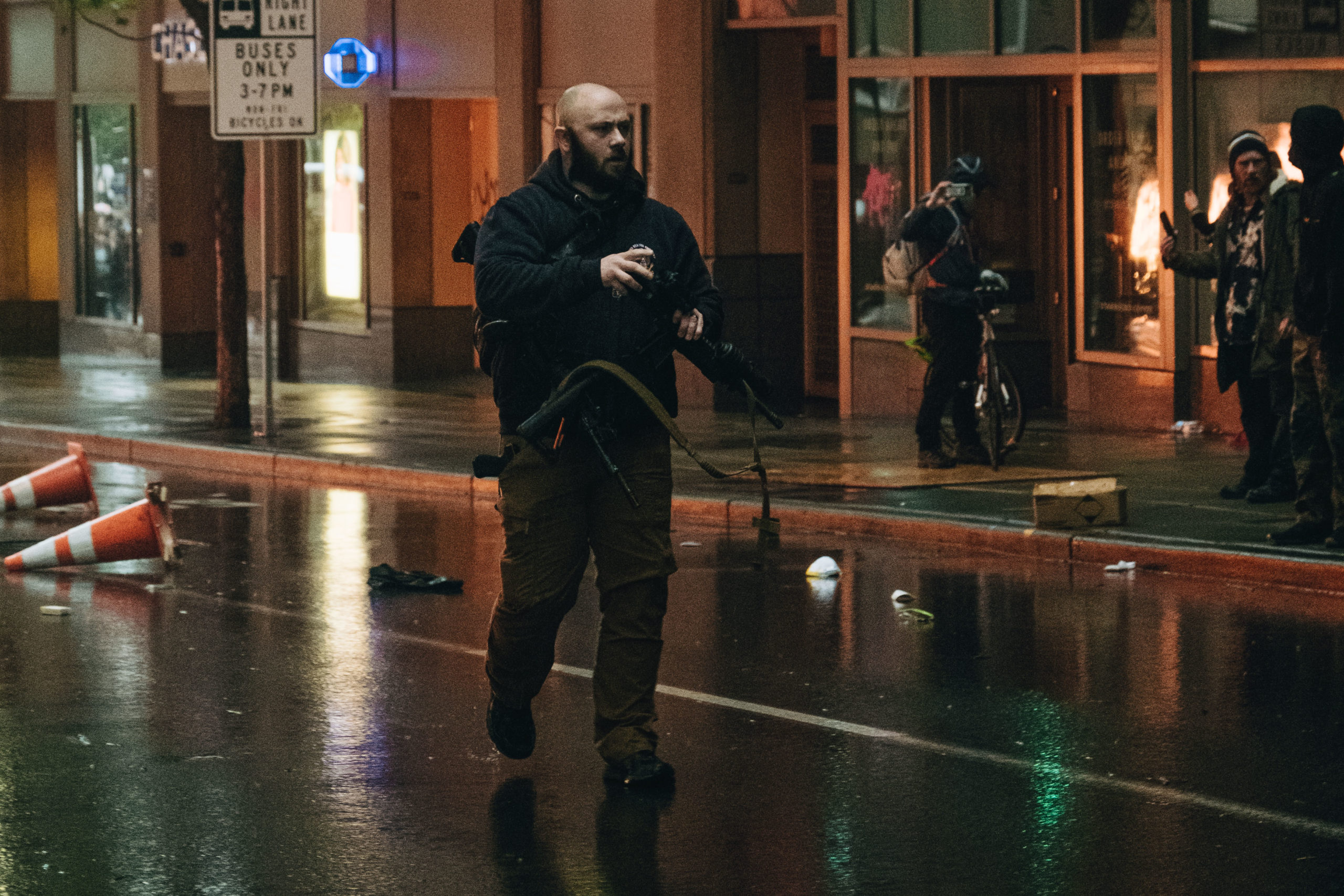 You may know him as "Shooter Rughi."

The marine veteran, private investigator, and firearms instructor was running security detail for a news crew in Seattle in May of 2020.

His goal was to be the "grey man." A moniker to describe someone that easily blends into the crowd. Someone who vanishes from memory. This person can also be the most lethal when trouble arises because nobody noticed them in the first place.

Rughi told Dustin in his interview that on his way to the detail, he even listened to previous riot footage on his phone so he knew the chants and phrasing people were using. His grey-man ways didn't stop at just how he dressed that day.

He said that his job was to protect his team... but when he saw a gun being stolen from the back of a vandalized police cruiser, he secured his team in a safe space... and his call to 'duty' kicked in.

"I didn't want to take an American life." said Rughi. Fortunately, with his expert handling of the situation, he didn't have to.

Rughi actually disarmed 2 stolen police rifles that day, however, the footage that has become famous is that of the second rifle.

Rughi shares some excellent insights of not only the events in Seattle, but also on the opposition to police in these protests, as well as his exciting professional and personal ventures.

Here are some links we mention in the show: